Sententia is a Latin word. It’s related to a number of other Latin words, like senex (old man) or senator (uh… senator!).

It’s quite an old word,Â first declension,Â femine, genitive ending in -ae, and so on and so forth. And if you were to look it up in a Latin textbook, you’d probably find the primary translation to be “opinion.” 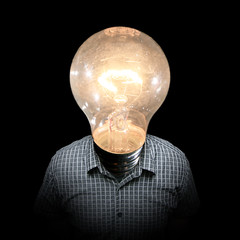 Sometimes, we use opinion as something to hide behind. We say, “well, in my opinion…” to justify some remark that could be controversial, soften a blow, or exert the superiority of one’s own way of thinking over another.

Other times, we talk about opinion to gloss over something, or treat an idea as less important or valuable. How many times have you heard Â — or maybe even said — “oh, that’s just a matter of opinion,” or “well, inÂ yourÂ opinion that’s the case, but inÂ myÂ opinion…”?

Culturally, we assert that everyone has a right to their opinion, before backstepping a bit, and dividing them into “qualified” and “unqualified” ones.

I’ve even heard it said that opinions are like noses: everyone has them. They also usually have two holes in them.

Regardless of the context, the word “opinion” just isn’t one which conveys a whole lot of “oomph”. In our everyday talk, it’s become a “weak” word; a qualifier of subjective knowledge at best, and an insult implying lack of knowledge at worst.

This is particularly true in the online world, where people spawn new opinions at a phenomenal rate. In years past, opinion sharing was the hallowed territory of newspaper columnists. Now anyone can sign up for a free blog and have a platform to spread their ideas. We’ve gone from a culture where it’s impolite to be overtly opinionated in public to one where the more opinions you spread, the more popular you can become.

But what ends up happening is a lot of people start shouting over each other, trying to get their opinion heard. Increasingly accessable broadcasting mechanisms online have led to whole communities of “experts” whose status has come not purely because they are brilliant minds (although some certainly are), but because they’ve figured out how to make their opinions heard fast and frequently. No wonder Seth Godin warns that the internet is almost full (or at least, our capacity to find it useful is).

This is the same the mindset which says that if you write dozens of very short posts on your blog, you’ll be the next rising blog-star. Never mind content, just throw in ten bullet points of meaningless drivel, dress it as opinion (so no one can attack you for it), sit back, and let controversy bring you the masses. What results isÂ a lot of noisy opinions, without much exchange of ideas.

The result is that the Web is swiftly becoming an environment where it’s not the content of what you say that matters, it’s how loud and fast you can spread your particular opinion.Â In fact, for as much as we can point to blogging as a medium which encourages opinion “hit and runs,” it’s no longer even necessary toÂ sit and write a lengthy blog post — you can justÂ Tweet your opinion in 140 characters or less. And so the noise level rises.

Now, making it easy to share opinions isn’t a bad thing, in and of itself. For that matter, there is absolutely nothing wrong with being opinionated. But when talk (and opinion) is cheap, not needing any basis or reason to exist other than to be heard, all we do is devalue it. And as we continually degrade and weaken opinion, we degrade and weaken one of the hallmarks of humanity.

The truth is, we are all naturally opinionated. It’s impossible to think about anything without having an opinion about it — the human capacity to think implies a capacity to form opinions. Whether we want to admit it or not, having opinions is part of what makes us different from any other creature on Earth.Â Recognizing and embracing the value ofÂ well-reasoned and rationed opinions can be fulfilling and uplifting; degrading opinions to the point where all that’s left is noise, isn’t.

What ultimately makes the difference in an age where anyone can get on an online podium and share their opinions is not the medium, or the volume, or even the source. It’s the message, or at least it ought to be.

It ought not be about how many blog posts you write in a day, how many tweets you make per hour, how many friends you have on Facebook, or how high you show up in the Google search rankings. It ought not just beÂ enough to be opinionated and heard. Eventually, even the loudest opinions can be tuned out.

Instead, as we continually evolve our online existance, I would hope that we realize that the ideas and opinions which have lasting quality are the valuable ones. They are far more valuable than the ones which spread like wildfire, only to die out with the next fad.Â Often, but not always, the most valuable opinions are the quieter ones. The ones that aren’t shouted, aren’t tweeted, don’t hit your inbox daily; the ones that don’t seem to be standing on a rooftop saying “Hey, look at me!”

If we want to make the web a useful tool, we need to make sure that we’re supporting the types of opinions we want to hear more of. Likewise, if we want to contribute opinions that are worth listening to, we need to ensure that they have lasting value.

To bring us back to where we started, what really makes a contribution isn’t just opinion, it’s sententia. If you go back to that Latin textbook, once you look past the primary definition, you will see that sententia encompasses a much more empassioned set of ideas. It is not only opinion, perspective, and a way of thinking. Sententia is also feeling, decision, or judgement. It is will and desire, determination and purpose.

If you want to share something of value, don’t aim for just a quick-hitter opinion that will make a splash, but quickly fade away. Aim for sententia.